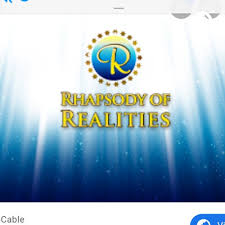 TOPIC: A Purposeful Life (Rhapsody of Realities 20 May 2021)

SCRIPTURE: And he said unto them, Take heed, and beware of covetousness: for a man’s life consisteth not in the abundance of the things which he possesseth (Luke 12:15).

There’s a popular story that’s been told for years, and it bears repeating because of its relevance today. It’s about a very wealthy man who had thousands of employees, but one day, he decided to commit suicide by drowning.

Somehow, there was a young man watching who had known this rich businessman for over twenty years. He rushed to the scene, just in time! At the risk of his own life, he dragged the old man back to shore. While they were both on the floor exhausted, trying to catch their breath, the old man said, “Why did you save me? You’re contributing to the frustration of my life.”

The young man, in complete shock, said, “But Sir, why would you want to die? Your family is the best in town. You’re well known in the community, and everybody loves you.” The old man retorted, “That’s the problem. I’ve lived for everybody. I’ve given jobs to thousands. I’ve made money for everybody. I’ve made people happy. But I’ve never been happy, myself. It’s not worth it. You should have allowed me to drown.” Then he pulled the young man close to himself and said, “Young man, try not to be like me. I’m a failure.” How sad.

But this is the situation of many. Don’t be carried away by the world’s symbols of success. Take for instance someone who, all his life, was raised with good character, but because of inordinate ambition for fame and wealth, he puts aside a good reputation and character to become a criminal. He thinks that’s the cheapest way. Because he thinks if he doesn’t measure up with the society of his day, that’s when he’s a failure. But man is not what he has!

Remember the words of Jesus, “…a man’s life consisteth not in the abundance of the things which he possesseth.” The most important thing in life is to discover your purpose, and fulfill it. It begins with living your life for Jesus, making impact with the Gospel; that’s living a purposeful life.

I have a successful life; one that pleases God. I’m fruitful and productive, passionate about the Kingdom of God and its reign in the earth and in the hearts of men. I produce works and results that glorify God; and by the power of the Holy Spirit, I achieve all that the Lord has destined me to achieve, and I have all I require to fulfill my destiny in Christ, in Jesus’ Name. Amen.

Psalms 62:10 NLT; Don’t make your living by extortion or put your hope in stealing. And if your wealth increases, don’t make it the center of your life.

Luke 16:15; And he said unto them, Ye are they which justify yourselves before men; but God knoweth your hearts: for that which is highly esteemed among men is abomination in the sight of God.

1 Timothy 6:6-7; But godliness with contentment is great gain. For we brought nothing into [this] world, [and it is] certain we can carry nothing out.

2 Corinthians 5:15; And [that] he died for all, that they which live should not henceforth live unto themselves, but unto him which died for them, and rose again.